Is it easy to be a princess? And what prohibitions await you if you suddenly happen to be a part of the British royal court? Our topic today is royal manicure. 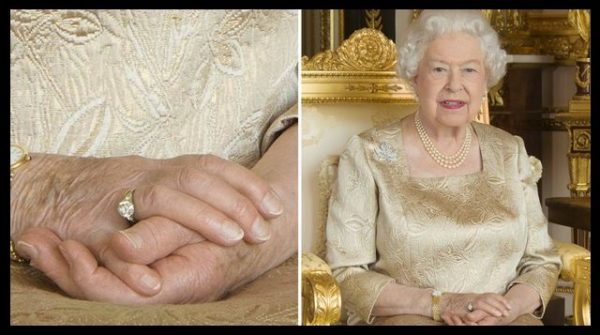 There is probably no girl who would not dream of marrying a prince. :) Popularity, social events, tiaras... Eh... :)

But when you marry a British aristocrat, you need to be ready to give up certain things. No more noisy parties until the morning, no selfies, public displays of affection, expression of their political views, and dinner after the queen has finished her meal.

And the newly-made Duchess of Sussex, Meghan Markle, will feel all these "charms" in full. After marrying Prince Harry, Meghan has officially become a member of the royal family, and is therefore bound by the strict rules of the royal court. And this means that her appearance, from head to toe, must comply with the regulations of the royal family. I didn’t just say that about the fingertips, because the royal rules dictate even the style of manicure that Megan should wear.

Along with the rigid dress code that all members of the British aristocracy adhere to when performing in public, royal rules forbid women from wearing long nails and painting it with colored varnish. Sounds like a bad dream to me! :)

According to some sources, this is simply part of court etiquette, since extended nails or colored varnish are considered vulgar by the royal family, and in particular by Queen Elizabeth.

It is the Queen who is the "trendsetter" of the British family, but sometimes it comes to the point of absurdity!

For example, Elizabeth wildly dislikes platform shoes, and none of the inhabitants of the royal court should catch the eye of the queen in it. Although in general it's not forbidden to be worn in public, which is indescribably happy for platform lover Kate Middleton. I wonder if she changes her shoes before entering the castle so as not to annoy the queen? 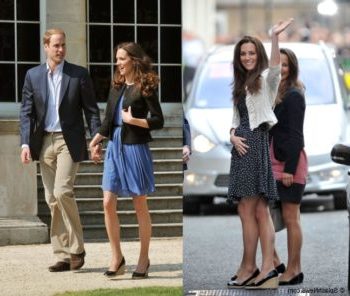 But back to the strict rules of royal manicure. You can already judge their “hardness” by the fact that Queen Elizabeth has been wearing the same shade of nail polish since 1989! These are "Ballet slippers" ("ballet slippers") from the Essie brand. 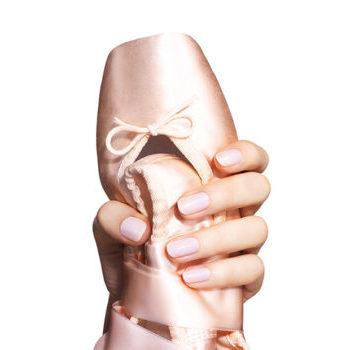 Thanks to the royal family, "ballet slippers" are the best-selling nail polish in Britain. The Queen's hairdresser once wrote a letter to the company saying that "ballet slippers" were "the only color Her Majesty would wear."

The classic lacquer with a clean, subtle pink hue has won numerous awards, so it's no wonder the Queen loved it so much. 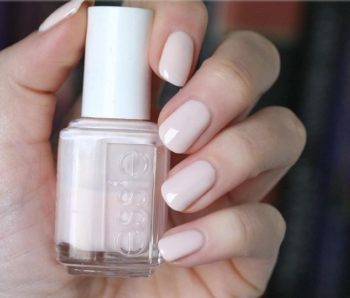 "The result is a soft pink veil of color that hides imperfections and enhances the beauty of nails, leaving it clean and translucent."

Despite such a high-quality PR campaign from Her Royal Highness, the Essie brand refused to share the proceeds from sales of "ballet slippers" at the request of the Queen, but her affection for this shade definitely contributed to the success of the brand. Even today, a bottle of this polish is sold every two seconds, and almost 80,000 bottles of ballet slippers were sold in 2018. (It's only four months old, FYI :) ) This is Essie's best-selling shade so far. 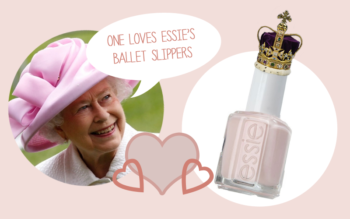 Duchess Kate Middleton is an exemplary girl, and she doesn’t like to upset the queen, so most often she doesn’t paint her nails at all. 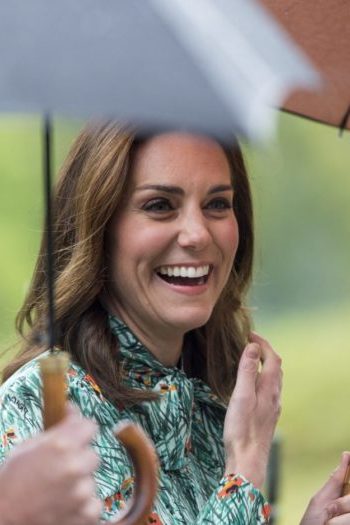 And if she paints, she also prefers milky shades from Essie. She also believes that nude is a neutral shade that goes with any outfit and for any formal occasion. This is very convenient if you need to attend several events in a day and change several images.

The wedding of Kate Middleton and Prince William was no exception. On this significant day, Kate's nails were adorned with a shade of ... "ballet slippers" ! :) Indeed, traditions in this family are a strong thing. So Meghan Markle didn’t have much choice, and during the wedding with Prince Harry, her nails were decorated with the same color of varnish. It's kind of boring! :) 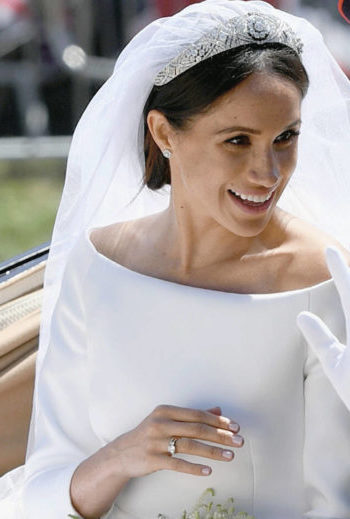 By the way, Meghan Markle began to follow the rule of royal manicure even before the wedding. And even being in the status of just a girl of Prince Harry, she tried not to appear in public places where photographers could capture her, with a manicure of bright colors. 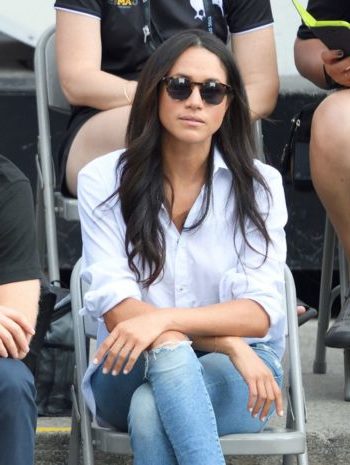 Although before falling in love with her British prince, Markle was on the "dark side" and loved bright stylish manicures. 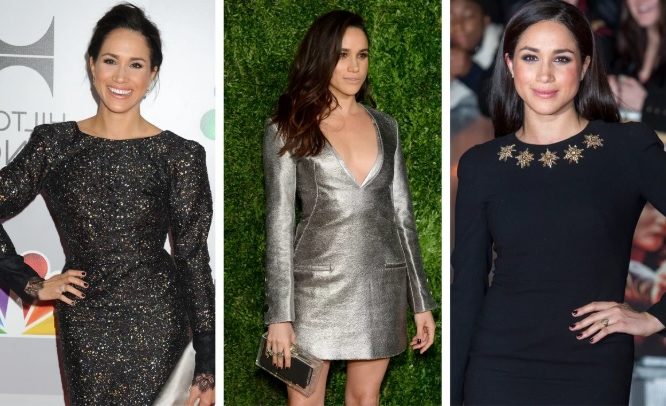 But it was Hollywood actress Meghan Markle. But the new Duchess of Sussex must strictly adhere to neutral shades by decree of the Queen. :)

I would not want to be a princess if it deprived me of the opportunity to wear a bright original manicure! What do you think about this?