Despite the fact that this trend has been a leader in manicure for several years, I did not pay enough attention to it in my blog. Therefore, today I will fill this gap, our topic is broken glass manicure. 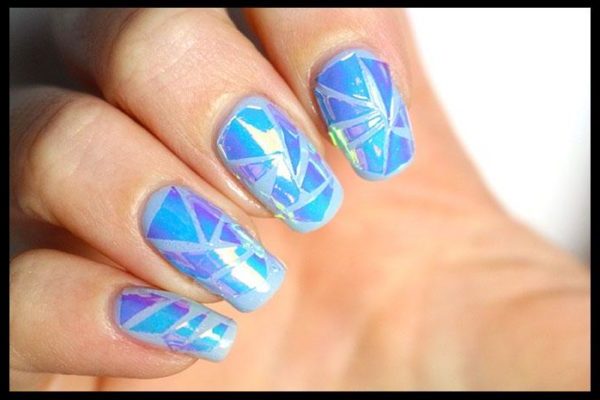 Korea is a beauty trendsetter, so it's no surprise that Korean beauty trends are spreading around the world at the speed of light. And the field of manicure is no exception. Broken glass manicure is already very familiar to us, and many of us have chosen it for our nails more than once. But where did it all start? And who to thank for creating this truly mesmerizing design? Today I will tell you! :) 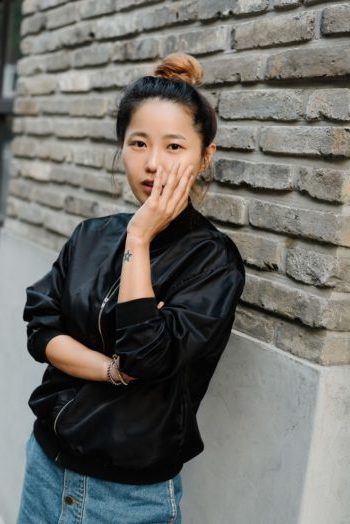 By the way, I advise you to pay attention to her Instagram page, and be inspired by the beauty, because Ken Park has turned nail care into a real art.

The photo showed a manicure created using small pieces of cellophane, which resembled shards of glass when applied to the nail. 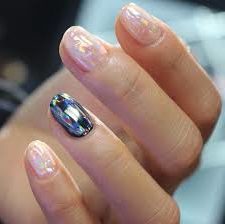 Such a manicure made a splash among Korean fashionistas, and also quickly began to gain popularity abroad. 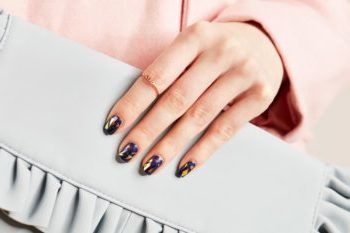 The master was inspired to create a “broken glass” manicure by a seashell found on the shore. Her inner mother-of-pearl layer shimmered with many colors and simply caught the eye of Ken Park Eun. 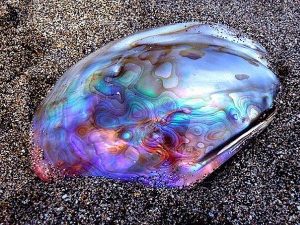 So unexpectedly inspired on the beach, Ken Park began to look for ways to reproduce this mesmerizing effect on her nails. To do this, she tried using cellophane candy wrappers. But after cutting it into tiny pieces and sticking it on her nails, she realized that they were too thick, and did not visually look like mother-of-pearl at all.

After a long and unsuccessful search for a thinner candy wrapper, she finally found a Japanese company that created a unique holographic paper called "rainbow film" that was easier to attach to a nail. 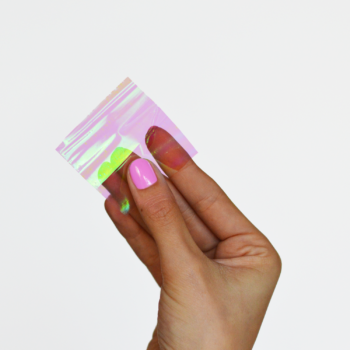 Despite the fact that Ken Park Eun was already quite famous, it was the “broken glass” on her nails that brought her to a whole new professional level. 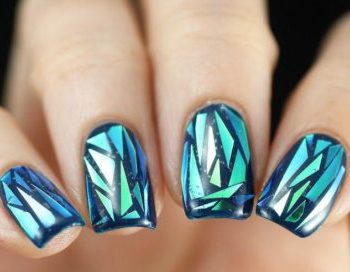 This viral technique is in the arsenal of almost every manicurist now. And at first, many people tried to recreate the design peeped from Ken Park from improvised means, in the same way trying to use cellophane, or spray film. However, Ken Park argued that using the right product is critical:

“I immediately advised everyone who wanted to copy my manicure design not to buy cellophane, because usually cellophane paper is flat, but nails are not. They are more curved, so the whole secret is to make sure that the "broken glass" perfectly "crumbles" on the nail, otherwise the look will be cheap and not neat.

Therefore, Ken Park Eun, together with partners, began to produce special kits for creating broken glass manicure, which contained ready-made small particles in order to avoid the need to cut the multi-colored film into tiny pieces. 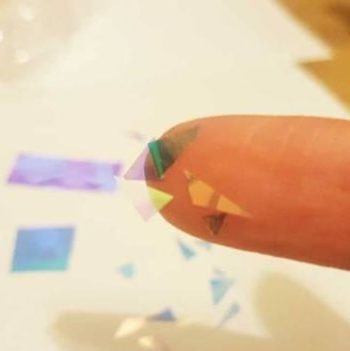 It was convenient and practical, and over time, a large number of manufacturers began to produce a variety of film options for "glass" manicure. 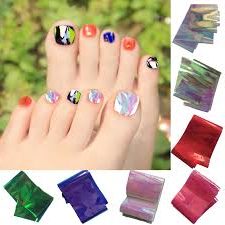 It seems to me that the secret of the popularity of the broken glass manicure is that you can use any color of varnish as a base. "Broken glass" looks spectacular on both dark and light coatings, because the holographic film is transparent, so it perfectly "copes" with all shades. 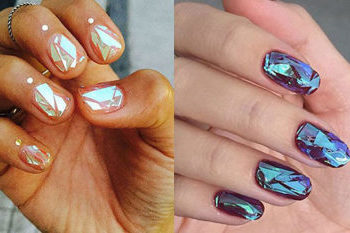 Personally, I love this design for its ease of execution and how much glamor comes from such a simple process. :)