The art of manicure has been pleasing us for years. Today I invite you to take an excursion into the past and find out how and where this beloved cosmetic procedure was born by all of us. So, on the agenda is the history of manicure . :) 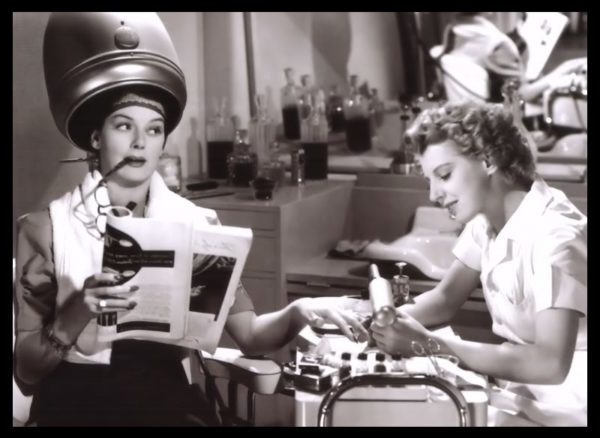 If you thought that manicure is a relatively modern phenomenon, then I will surprise you. This is actually a very ancient practice, with roots going back about 5,000 years! Don't let this number scare you. Of course, the girls of that time did not have blue glitter polish in their arsenal, or, for example, a router, but they were also interested in making their hands look well-groomed. :)

It is believed that the progenitors of the art of manicure were Indian women who used henna to color nails as early as 5000 BC. e., while in Babylonia in 4000 BC. e. hard gold tools were widely used in order to get the perfect manicure. 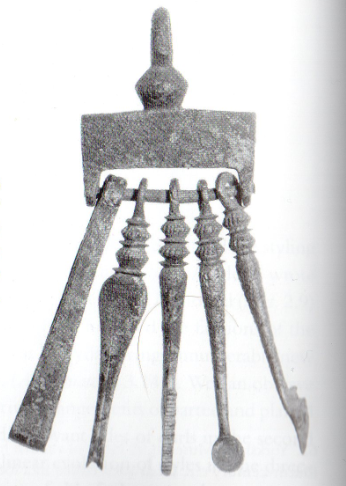 The Chinese were already chasing the palm, and in 3000 BC they came up with the first analogue of a nail coating: a complex mixture of beeswax, gelatin, egg whites, Arabic chewing gum and flower petals, which took forever to dry. :) But the sacrifices were not in vain, because at that time this type of nails was an indicator of a high social status. 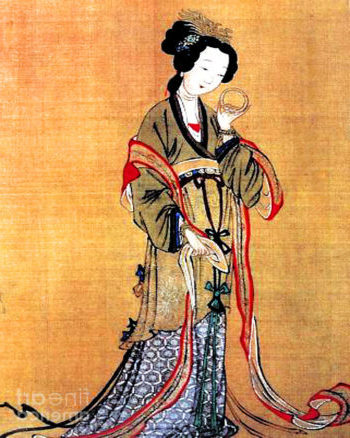 The Egyptians also did not stand aside from nail art. The most famous and influential ladies of that time, Cleopatra and Nefertiti were content not only with milk baths. In order to make the skin of their hands look perfect, rubbing with oil and incense was used, and the nails were strengthened with herbal potions and stained with henna . The intense red color on the nails at that time signified wealth and status. Not without reason we're girls, and now we often prefer red varnish. We feel our kinship with the queens! :) 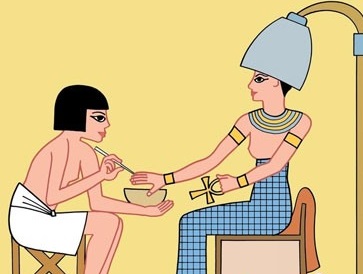 The trendsetters of manicure fashion at that time were representatives of China. :) They put glitter on their nails, made of gold or silver . Women of high society grew long nails. The longer the nails, the higher the social status.

The royals of China were famous for their long nails and their own style of manicure. As I said, some girls painted their nails with gold or silver; others preferred rich colors, which they obtained by mixing egg whites, wax, natural dyes and gelatin. 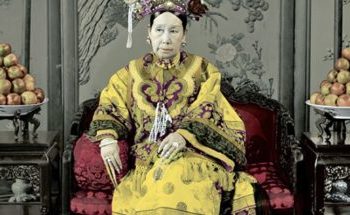 Wealthy men and women of the Ming Dynasty preferred to flaunt black and red nails. A little later, they began to wear special iron pads that were worn on the finger and repeated the shape of the nail, and which symbolized their power in society. Of course, all this is very far from today's manicure trends, but the connection between status and manicure, as you can see, has been going on since ancient times. 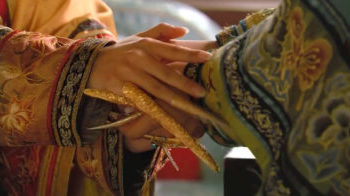 As in the case of China, in the UK and elsewhere in Europe, neat and well-groomed nails have become a sign of wealth and high status.

So in historical opuses, descriptions of the “most beautiful hands of Europe” of Queen Elizabeth I have been preserved. Quite an interesting fact, given that according to some sources, Queen Elizabeth was actually a man at all. :) 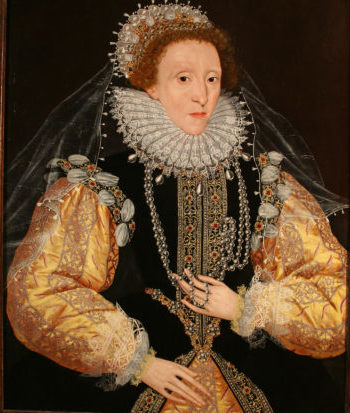 The development of manicure in the early 19th century took place under the auspices of the West. The manicure process for American women at that time looked like this: first, the hands were covered with aromatic oils, and the manicure itself was performed using metal tools, scissors and acids, and then the nails were polished with a soft cloth. The tools soon evolved, and to our delight, in 1830 , a doctor named Siets used an orangewood nail file for his patients' nails. His niece didn't stand aside either, and soon invented a whole system of nail care that was cheap enough that all American women could afford nail care. Short, almond-shaped nails were in fashion. 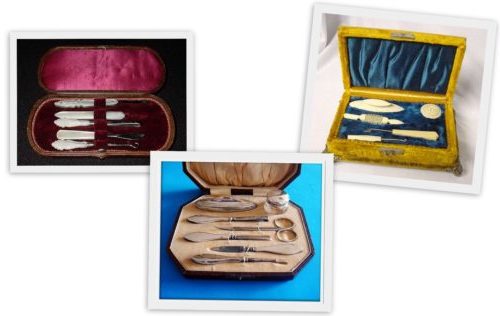 The early 1900s were marked by the advent of porcelain nails. We can say that this was the first attempt to introduce false nails into use. These nails had to fit perfectly under women's hands, so it was made to order by hand. But this attempt was not entirely successful, since such nails were very expensive and most often it could be glued only once. The cost of a set of such nails was about $600 ! 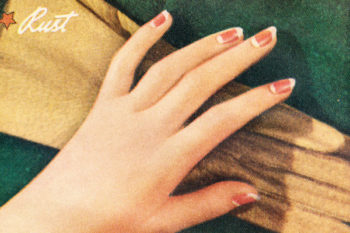 And then OH appears - the first nail polish! Hooray, girls! :) But did you know that the nail polish creator got his inspiration from... painting cars! The most popular color at that time was, again, red (hello Cleopatra :) ). But just a few years later, Max Factor introduced the world to the first set for French manicure . 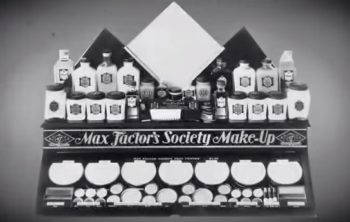 Polished nail care has become very popular thanks to the glamorous Hollywood movie stars. New means and methods of nail care began to appear, which made it possible to change the color of the varnish more often, and complement the overall image with the appropriate color. At that time, manicures were done in barbershops, not in beauty salons. Therefore, in the 40s, women in the West most often painted their nails at home. But soon the first nail salons began to open across the country, offering acrylic manicures. 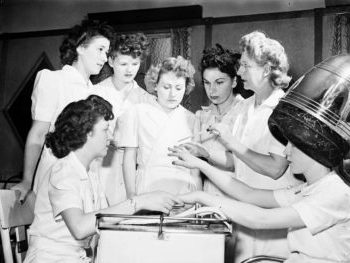 As I pointed out a little higher, most of the girls copied the stars of those times, Elizabeth Taylor, Rita Hayworth. The most popular request in the salons was a bright red dot manicure. By the 1950s, manicures had become the most popular phenomenon in the cosmetics industry. 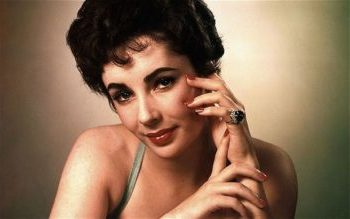 In the 1960s and 1970s , pastels and French manicures reigned supreme. Apparently it was a kind of "calm before the storm." :)

Manicure frenzy in the 80s

A splash of bright colors in clothes could not help spreading to other areas. Creativity required embodiment, and women with might and main introduced it into nail art. Several bright colors on one nail, airbrushing, nail painting, stones, feathers, neon shades, etc. - the girls were not afraid of experiments. 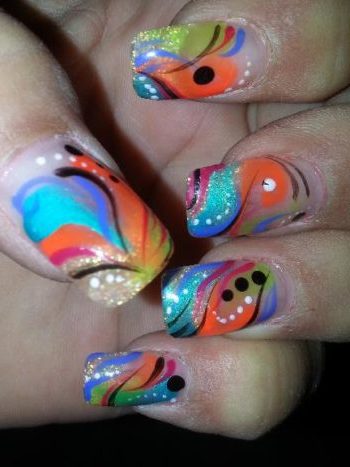 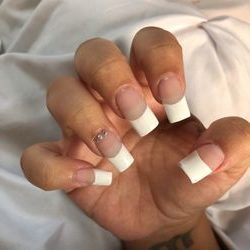 Manicure in the 90s

After such an intensification of nail art, in the nineties, consumers began to pay more attention not to beauty, but to the health of their nails. Therefore, in the late 90s and early 2000s, natural nails again occupy a leading position. 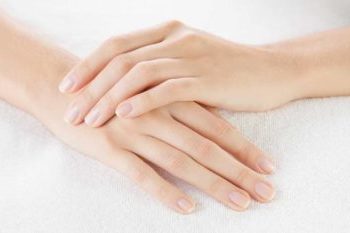 I remember those years with special warmth! :) After all, it was in the early 2000s that the widespread production of gel polishes began! Creativity in nail art is back again: 3D nail art, glitter, a wide variety of shades of varnishes - all this can now be seen on the hands of girls of all types and classes. In choosing the shape of the nail, there is also an atmosphere of freedom. :) 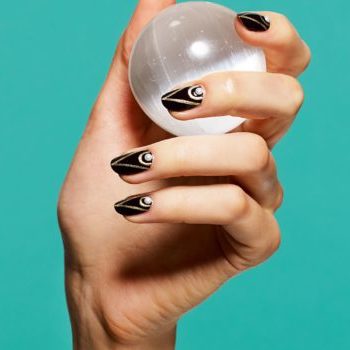 The development of technology is steadily taking root in our lives. Printers for printing on nails, Z-d nails, manicure with chips - it seems that nothing will surprise us anymore. But manufacturers now and then present us with new reasons to groan and gasp, and, frankly, we are only happy about this! :)

Although the modern manicure is no longer a luxury item, as it once was, it is still one of the most creative areas of the beauty industry. Let's see what it will bring us in the next 100 years! :)