The charm of French culture is undeniable. Fashion, food, cinema - the French definitely have something to be proud of. How about a French manicure? Does it have anything in common with the birthplace of the Eiffel Tower? Today we will find out! 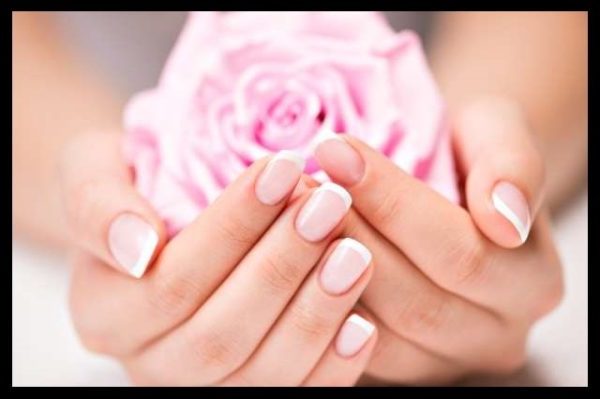 The origins of the French manicure

In 1927, the cosmetologist, well known to us as Max Factor, presented to the American public a set consisting of a pink cream, which he called the "Public Nail Tint", and a white liquid, which he dubbed the "White Nail of the Public ".

When these products were applied to the nail and buffed, the pink emulsion left behind a subtle and natural tint on the nails, while the alabaster white paste was applied under the tips of the nail and left to dry. The end result was a noble and super chic manicure that would become known as "French" fifty years later. Jeff Pink, the creator of Orly nail polish, was the person responsible for the French trail in the name. He was looking for the perfect name for his new beauty product, and in 1978 he patented the name "Original French Manicure" for the first set of French manicure polishes. The word "French" was added because, according to Jeff, with this epithet everything becomes a little more glamorous and chic. 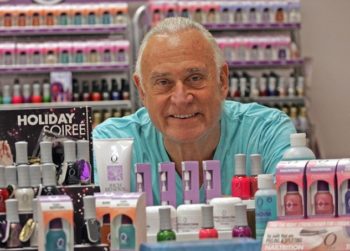 This manicure was created to suit the needs of Hollywood studios. At the time, actresses spent a lot of precious filming time repainting their nails to match every outfit change in the shot. Therefore, the directors dreamed of a universal manicure that would match each image of the heroines. Their prayers were answered, and a French manicure ascended the pedestal. Barbara Streisand was the first celebrity to show off her neat French manicure on one of the evening TV shows, and thereby popularized pink and white nails among ordinary people. 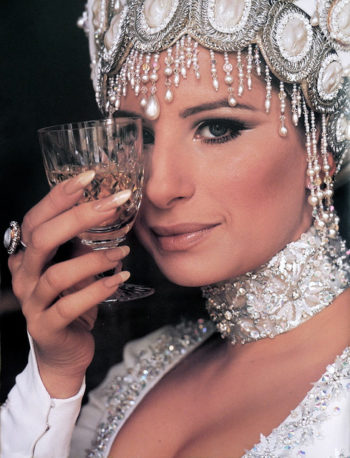 The singer Cher also added her elegant pen to the wide popularity of the French manicure. 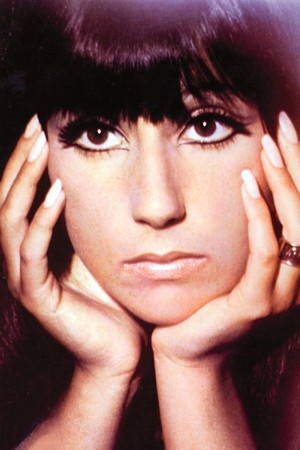 An interesting feature is that in France itself, such a manicure is mainly called "American nails" , since this style of manicure is more characteristic of American women. But French women, in most cases, prefer to cover their nails with ordinary colorless varnish. 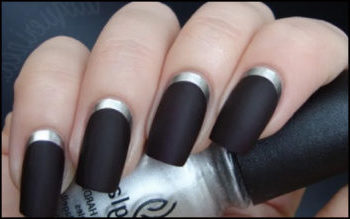 And with “the lunar jacket”, the lunula of the nail stands out in a different color. 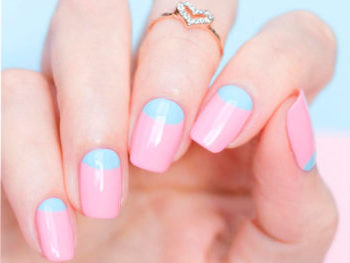 There are even men among modern fans of French manicure!!! So, recently, the famous American rapper Snoop Dog surprised his fans with a black and white version of the French manicure, which he demonstrated on his Instagram page. 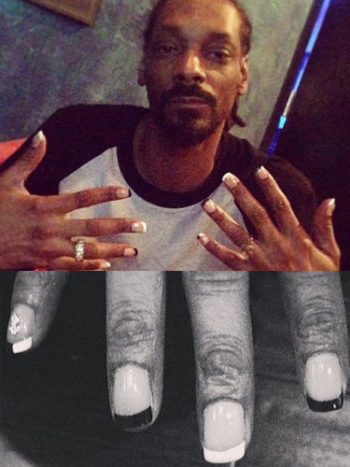 Also, I think I will not surprise anyone with the fact that French manicure is still the leading trend in wedding manicure . It is ideal for medium or short length nails. 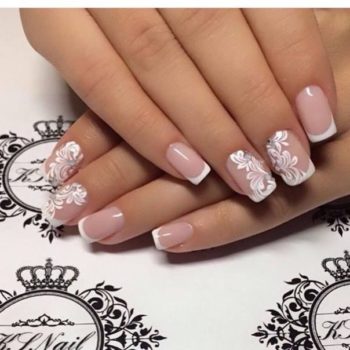 Despite the seeming simplicity of a French manicure, this is not the easiest design to cover your nails. Painting the tip of the nail white requires a good eye and a steady hand. Much easier if the manicurist does it for you, and not so easy if you decide to do the "painting" yourself. :) That is why, often, the price of a French manicure is an order of magnitude higher than a standard coating. It takes patience and practice to perfect this art.

Over the years, the French manicure has gone through various variations and changes, but it looks like it will stay with us in the future, regardless of its true origin. Disinfection of hands and working tools