Flavors of the era: the birth of perfumery art in our country

Recently, while sorting through my arsenal of beauty products, I came across a beautiful old used perfume bottle from my mother. Now the variety of perfume brands and products no longer surprises anyone, but a few decades ago everything was completely different.

I wanted to study in more detail for myself, and at the same time tell you how the traditions of perfumery art were born in the vastness of our country. Why is cologne called cologne. Why did our people keep used bottles for years and how do perfumes differ from eau de toilette. I invite you to plunge into perfume nostalgia with me a little. 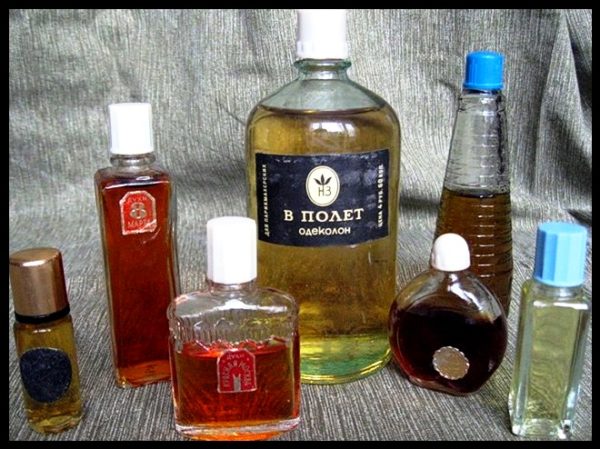 Let’s first understand what perfume is. This word comes from the Latin per fumum - "through the smoke." That is how, with the help of smoke, setting fire to certain substances used to flavor rooms and clothes. It could be, for example, incense. After a while, distillation was invented and in this way they learned how to obtain concentrated essential oils from flowers or citrus fruits, which were dissolved in ethyl alcohol. And to fix the aroma, there were used materials of animal origin. It could be ambergris, or, for example, musk, a liquid that animals use to mark their territory. Only with time did synthetic components appear. All this together is called perfume.

The tone in the perfume business was traditionally set by the French. Before the Soviet times, before the outbreak of the First World War, the inhabitants of western Ukraine had wider access to the European school of perfumery, because the Galician ladies were more “advanced” in this matter than, say, the Kiev ladies. Only geography played its role. When the Soviets come to power, it is precisely the Soviet perfume industry that begins to develop. Factories are opening throughout the Union, including in Ukraine. Starting from the 1930s and 1940s, the perfume industry began to develop rapidly. It began to grow special roses in the Crimea and this became the basis for the creation of the Crimean Rose factory. Also, factories were opened in Lviv and Kharkov (which are still working), the Scarlet Sails factory in Nikolaev. 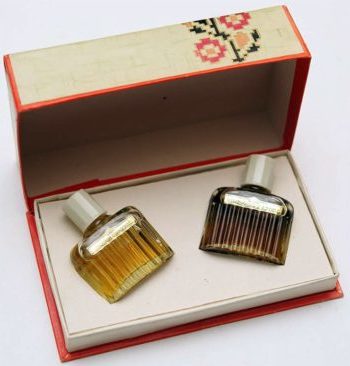 By the level of concentration of aromatic substances, perfumery products can be divided into 4 categories: the strongest, actually - perfume , or perfume; next comes perfumed water , eau de toilette , and the least concentrated - cologne . But in everyday life and in the lexicon of our people, only two names are more firmly entrenched: perfume is a women's perfume, and cologne is a man's. Few people guessed what the German city of Cologne had to do with all this. The word cologne (eau de Cologne) means "cologne water ". And precisely, so well known to all of us, triple cologne is the most striking example of this product. 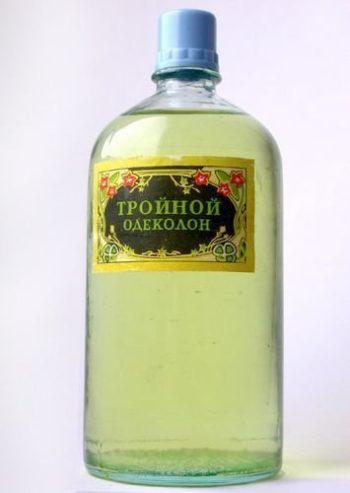 Although, to be more precise, a little earlier, an analogue of the first such cologne with a citrus composition appeared on the territory of Hungary. Triple cologne has become the cheapest and most affordable men's perfume. It was applied to the face after shaving. And there were even installed special machines on the streets of big cities - one zilch 15 kopecks. Women, in turn, used cologne almost as a cure for all diseases. Ointments and balms were made on its basis, our feet were rubbed and wounds were disinfected, schoolchildren filled felt-tip pens with it and wiped the heads of tape recorders from dust. But the proletariat went even further and "flavored" from the inside - taking the triple cologne as an alcoholic drink. But the next flavor was no longer so popular among drinkers, as it cost much more. The classic of Soviet perfumery is the legendary Chypre. 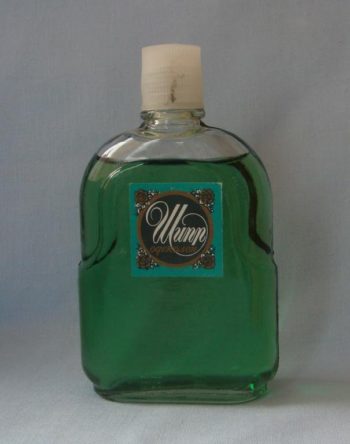 At that time, only specialists knew how this cologne was associated with an island in the Mediterranean. The name "Chypre" comes from the name of the island of Cyprus (Cyprus) and the creators of this perfume pursued the goal of creating an atmosphere of walking in this wonderful place. The fragrance was so successful that they began to copy it, make their own versions, and this fragrance became the forefather of many modern fragrances. But not chypre and triple single. Those who went abroad tried to bring French cologne from there. And it didn’t matter what brand - the main thing was that it was French. It was used only for big holidays and celebrations. For those who did not have the opportunity to get French perfumes, but are tired of triple cologne and chypre, a new alternative appears. In the 70s, cologne with the loud male name "Sasha" appeared on the shelves of Soviet stores. The creators of the perfume make a subtle marketing move, choosing the most popular name of that time, Alexander, for the name of the cologne. A thoughtful unfamiliar man flaunted on the package, whose photo was simply taken from a photo bank. As it turned out over time, he was generally a German by nationality. Over the years, the photo has changed many times, but the cologne is still produced today. 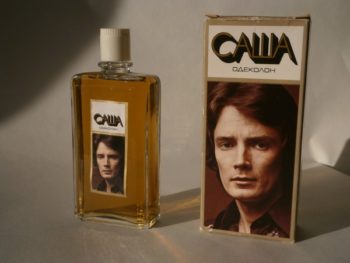 But the most famous women's perfume of the Nikolaev factory "Scarlet Sails" - "Scheherazade", has long been discontinued. The fact is that the perfumes of that time contained components that are now banned. Perfume "Scheherazade" was a complex perfume composition, without imports, and was developed by one perfumer from beginning to end. 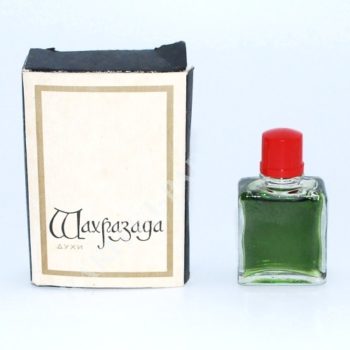 Another pride of Soviet perfumers was women's perfume with a loud communist name "Red Moscow". I think that these are the most popular and classic perfumes since the 60s and ending with the collapse of the Union. It was a universal gift for every woman in the Soviet Union.

There is a legend that in fact, the perfume was originally created not as "Red Moscow", but as "The Empress's Favorite Bouquet", and was specially created for the wife of Nicholas II, and the fragrance included precisely the bouquet of smells of exactly those flowers that loved by the empress. In order for the fragrance not to be destroyed, over time it was renamed "Red Moscow" and already under this name it received international recognition. 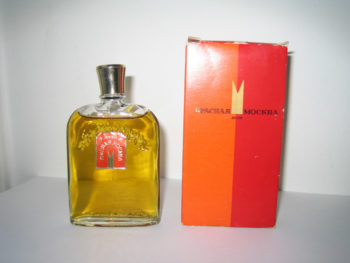 To be frank, Soviet perfumers did not get stars from the sky, the fragrances were conservative and rather monotonous. The tone was still set by the Europeans. The school of Soviet perfumery developed separately from world trends and it was very difficult to compete with Western brands due to the lack of quality raw materials. But over time, the factories get what the French could only dream of. The Soviet Union often made financial subsidies to developing friendly countries, such as India. Very often, countries could not repay loans and gave goods or quality raw materials. Thus, sandalwood or patchouli oil was delivered to the Soviet Union. Such ingredients ended up in small factories and manufactories that had a special plan for limited edition perfumes, or new fragrances.

But if we talk about mass production, then Soviet perfumes were not particularly pleased with the quality, just like clothes and household appliances. Nevertheless, French perfumes were the standard. It was a kind of quality mark, like American jeans or Japanese technology. Its prices were quite high. If the best and most expensive Soviet perfume cost 15 rubles, then they could give all 60 for a foreign one! And this is half the average monthly salary of that time. And of course, the spirits still had to, as the saying goes, "get it." Those spirits that were considered legendary in the Union were considered simply good in Europe and no more. There was no such wild excitement and nostalgia when it went into fashion, because there were so many new fragrances. For Soviet people, receiving spirits has always been a kind of holiday. 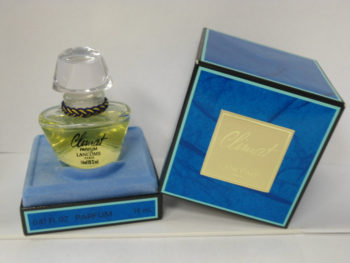 Despite this, there are several things in which Ukrainian perfumers have become innovators. When branding perfumes, perfumers often used toponyms in the names, so one could meet the perfumes "Dnipro", "Evening Lviv", "Karpaty" and so on. European perfumery came up with such naming solutions only 30 years later. There was one more thing that allows us to call our perfumers innovators, in comparison with their European counterparts. We are talking about perfumes for children. In the 70s, the Kharkiv Perfume Factory began to produce the Antoshka fragrance, which is recommended to be applied to children before they go to school. But such products did not last long on the market, because in fact, cologne is absolutely not needed for children, since any alcohol dries out delicate children's skin. 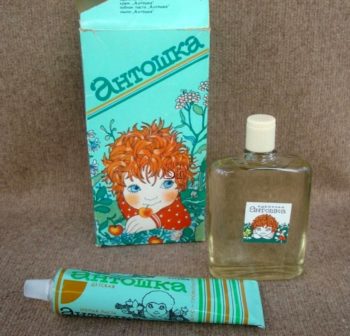 The Kharkiv Perfume Factory tried to produce fragrances for cats and dogs, and it is worth noting that only 30-40 years later European brands adopted this marketing ploy.

In this topic, I would like to pay special attention to bottles, which (as in the case of me) were usually not thrown away after the perfume ran out. Most often because the bottle was beautiful in itself. It was very common for glassblowers to make bottles by hand, so each bottle was a kind of work of art. 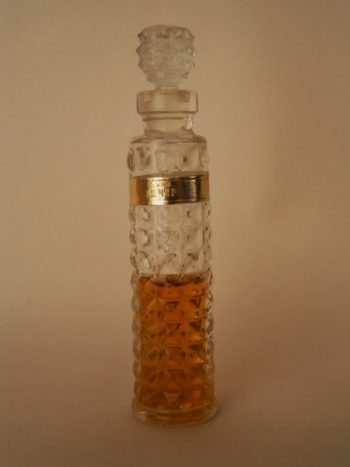 Secondly, the used bottle retained the smell. Alcohol or water was poured there, and thus extended the life of the fragrance. Another used jar was placed in a sideboard or cabinet for a good smell. Sometimes it even smelled too much, like from some people who abused perfume, and in our time this is not uncommon. One of the reasons was the desire of a person to attract attention to himself, and to a certain extent this is an indicator of self-doubt. In order to feel confident, it should be remembered that a well-chosen fragrance is no less important than clothing or hairstyle, and here you also need to have a sense of proportion. Be beautiful and fragrant! :)