You have not met a person, who seems to be a normal, but completely barefoot, on the streets of Kiev yet. It is quite possible that this will happen in the near future. I want to introduce you to these strange people - barefooters - ardent supporters of walking barefoot. 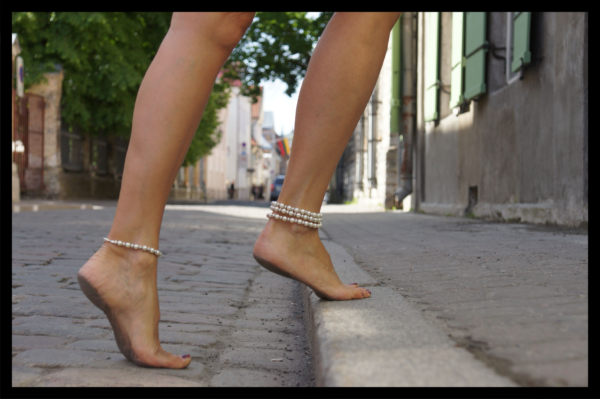 As history tells, walking barefoot has existed at all times. No, we are not talking about that period of humanity when people simply did not have anything to put on and they simply did not know anything about all kinds of shoes and sandals. We are talking about quite advanced civilizations. For example, the Egyptians with their pyramids, which became one of the wonders of the world, or the Greeks with their amazing culture, which left us a rich heritage - both of them believed that walking barefoot is very good for health.

There was such a tradition in medieval Europe. But, it mainly concerned only monks, for example, representatives of the Carmelite order were required to take a vow to go without shoes throughout their lives. As for Muslims, none of them will allow themselves to go to the mosque to pray in shoes even today. Yes, and some Christian worshipers in the modern XXI century prefer to go on a pilgrimage barefoot.

Development of the movement today

It turns out that today the barefoot movement is becoming more and more popular. The society, which is more the international, has existed since 1994 and is known as barefooting. They even managed to establish a whole barefoot week.

Despite the fact that the largest number of members of society live in countries with a warm climate, which is not surprising, there are more and more of them in the countries of the post-Soviet space. Including in Ukraine. The first barefoot clubs have already appeared in Kiev now. That's what beauty is - some especially creative fashionistas will think. After all, now you can always show off a beautiful and stylish pedicure.

But, it just a joke. Seriously, they explain their love of walking barefoot by the fact that it is extremely pleasant for them to walk barefoot on the ground and feel it. They believe that shoes only hinder movement and disrupt gait. In principle, walking on shoes is not only useful, but also very beautiful.

Andrei Novoselov is deservedly considered the most famous barefooter in Kiev, and he abandoned shoes about 10 years ago. On some days, he managed to walk barefoot through the capital for 30 km. The man explains his position as follows:

The Real Benefits of Movement

But, seriously speaking, the benefits of walking barefoot are also confirmed by official medicine. Doctors say that it:

And for dear ladies, in addition to being able to demonstrate a beautiful designer pedicure to everyone, barefoot walking is most useful. Acting as a prophylactic agent for diseases of the venous system, it perfectly relaxes tired legs after high heels. White spots on the nails - not at all "white and fluffy"